It is one of the most luxurious hotels owned by the Great North of Scotland Railway Company. You don’t even need to walk from the train station to the hotel- there is a tram to take you to the front door. It is painted purple and cream and has "Cruden Bay Hotel" in gold writing. You step inside where there is plush velvet upholstery for you to sink into. As it glides along the rails the curtains gently sway and you admire the varnished teak. Soon you will be on the golf course and taking in the sea air. Now, this is the way to arrive.

The Cruden Bay Hotel is no more. It was meant to bring wealthy Londoners by train to the Aberdeenshire coast, but it ended up costing the railway company more to run than the income it received from guests. It closed in 1940 and the tram ended its days as a summer house and shed. Then in 1988 the tram was rescued and restored to its former beauty. You can still step aboard and take a seat and imagine yourself as an Edwardian aristocrat travelling to the luxury hotel. This is the great thing about the Grampian Transport Museum in Alford- you can enter many of the vehicles on display, instead of being restricted to a glance through the windows.

I explored both the upstairs and downstairs of a 1970s double decker bus, ducked into the cramped interior of a Scimitar light tank and experienced the hard bench seats of a horse-drawn tram. There are some fascinating vehicles, including a bubble car and a 1950s Landrover once driven by the Queen at her Balmoral estate. 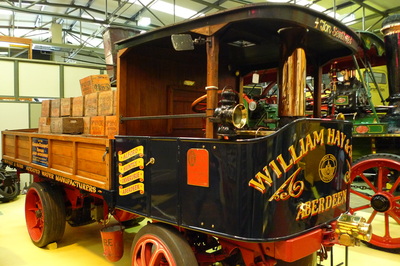 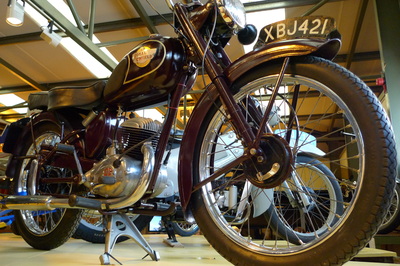 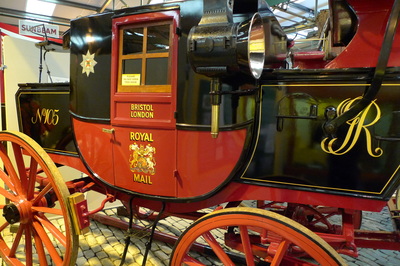 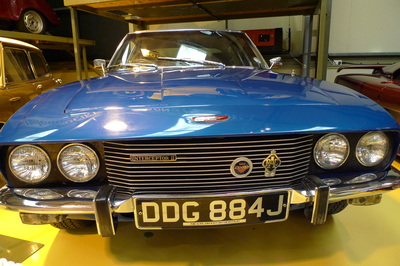 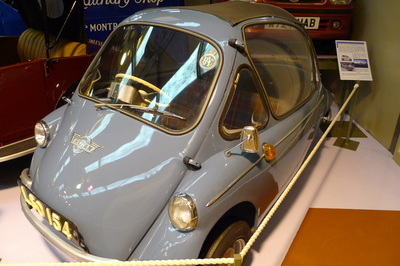 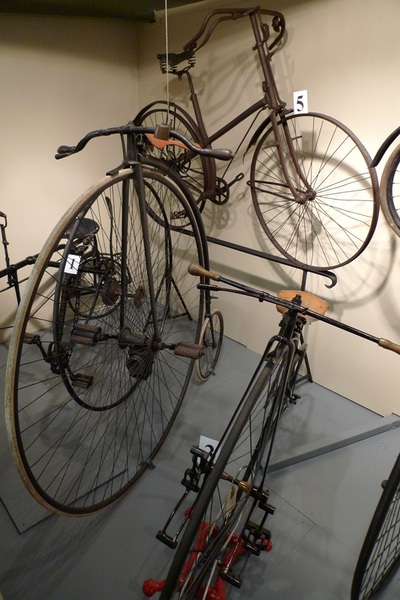 So said Captain Barclay when asked how he could be so sure of the punctuality of his stagecoach service from Edinburgh to Aberdeen. Barclay's Defiance left Edinburgh at 7am and arrived in Aberdeen at 7.10pm, its timekeeping so legendary that clocks were set by it. This was despite 14 horse changes, a ferry crossing and stops to eat breakfast and dinner. The stagecoach era was a revelation to me; I had no idea it was so exciting until I came into this museum.

Captain Barclay, in particular, was a larger than life character who was determined to make the Edinburgh to Aberdeen coach the fastest in Scotland. He achieved an average speed of 11mph where the nearest competitor managed only 8mph. Before entering the stagecoach business Barclay was famous for taking bets for incredible feats of long distance walking. His most renowned exploit involved walking one mile each hour for six weeks. He is reputed to have earned the equivalent of  £6.5 million in today's money from these walking bets.

By the 1840s there was a new kid on the block that killed the coaching era and Captain Barclay soon found himself driving the last ever Defiance. It was like the occasion of a funeral with black crepe hung from the coach and the inns along the route. The railway had arrived in Aberdeen.

Alford also got trains with a line to Aberdeen. At one time this had been one of the most profitable branch lines of the Great North of Scotland Railway, largely due to the granite quarry at Kemnay. Although Aberdeen is known as the "granite city" for the profusion of buildings made with this material the Kemnay quarry also supplied blocks for the Thames embankment in London. Passenger traffic on the line was robust with the 7am train carrying up to 300 people heading to Aberdeen. In the 1920s Monymusk had a notoriously noisy station master who shouted the name of the station in such a roar that it was said crows would fly in fright out of nearby trees.

Like the stagecoaches before them the Alford trains lost out to a competitor- cheap buses- and the line closed in the 1960s. However, a precious reminder of the railway is kept alive today in the form of a 2-foot narrow gauge line.

The experience is nostalgic and charming. There is a restored wooden station building with a picket fence, platform canopy and waiting room. The guard blew a whistle on departure, but he wore jeans and trainers. I received a paper ticket that was punched on the return leg. One of the carriages is a restored Aberdeen tram-car that has an outdoor balcony where I sat and enjoyed the snowy landscape. We trundled along, the engine hooted and children whooped with excitement. All too soon we arrived at the end of the line where there is a tiny platform and basic shelter. The locomotive was turned and the coaches pulled back the way they came. This is a train ride for the simple pleasure of a train ride as it performs no useful transportation function.

I had indulged in a world of vehicles that seemed at odds with my bicycling credentials and I began to feel guilty at having only achieved about 1 mile of pedaling, so I decided to clock up some tarmac along the Old Military Road towards Craigievar Castle.

There was some tough climbing, but I was rewarded with views of snowy landscapes and fast downhills. This was a popular route with cyclists- there were two large groups out for some speed trials and every single rider said hello as they passed me.

The castle was closed, but I decided to go and take a look anyway. There is a very steep half-mile driveway that was a mixture of snow and mud. My tyres skidded wildly and I struggled to keep up momentum.
Well, what a pretty little castle this is. The first thing that struck me was its colour- pink, which stands out even more next to the snow. Then its size- some might refer to it as a "boutique" castle. It is narrow and tall, but still packs in the turrets and towers. It seems a manageable castle for those short of the extra millions needed for something more sprawling.

I craned my neck towards the turrets and noticed canons pointing out, a classy disguise for water spouts. The iron studded door has a heart-shaped door handle. I peeked through a window and saw a stone spiral staircase. I didn't mind that it was closed as there was nobody else around and just for a few moments I could imagine that it was all mine. I felt a bit like Queen Victoria who had turned up unannounced one day in 1879 when the residents were not at home and she decided to have a wander around. My feet crunched over the snowy paths as I explored the grounds and enjoyed views of fields and lolling hills with their pristine white covering. 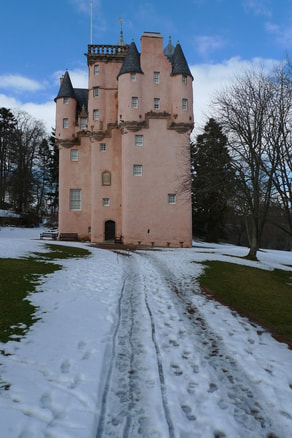 Craigievar Castle
Five more miles of cycling took me to the Peel Ring of Lumphanan. I saw this marked on my map and its curious name led me here. It is basically a mound of earth, but a very attractive mound of earth with a stony path leading to the top where there is a commanding view of the hills. In the early 1200s a castle was built here, but the true significance of this place is that King Macbeth was fatally wounded when making his last stand against the forces of Malcolm Canmore in 1057.

I felt this was the perfect place to sit, ponder and enjoy the piece and quiet. I took out my journal and scribbled some thoughts. Who needs a tea room with coffee and cake when you have this? The sun was setting and producing a nice blast of warmth that made it easy to stay longer.

The sun continued to provide my central heating for the return cycle. It was the time of day when most people are inside having dinner and watching television, so I had the roads to myself. I was not bound by the normal rules of doing certain things at certain times. It gave me a great sense of freedom and the desire to peddle forever and ever. I almost entirely forgot that my legs were propelling me and I had the sensation of floating along, surrounded by fields of white and near silence.

Now Read Part Three of this Cycling Route
etting there
This is part two of a cycle route that began at Inverurie. Inverurie is 25 minutes from Aberdeen by train.  Aberdeen is around 2.5 hours from Edinburgh, or 7 to 8 hours from Aberdeen.

Cycling distances and terrain
From Alford to Cragievar Castle and from Inverurie to Bridge of Alford the distance is around 24.5 miles.